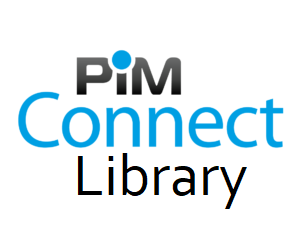 During the banquet PIM’s Graphic Arts Industry Leader alumni along with PIM were pleased to announce Roger Feickert, CEO, President & Owner of Midstates Group located in Aberdeen, SD, as the 2022 Graphic Arts Industry Leader of the Year. This award has been given to industry leaders by PIM since 1972, previous recipients select each new member from an elite list annually. Feickert was recognized by his peers for his commitment and love for the print industry, starting his own quick print business in 1979. He was instrumental in the merger of the Print Industry of Minnesota and the Printing Industry Midlands back in 2011, in that year the two associations merged to become the Printing Industry Midwest.  He went on to be Chairperson of PIM in 2016. The attendees not only heard about his love of the industry, but his love for his family, Roger has turned over the business to his sons Justin & Matt, while he works on his farm and loves spending time with his wife Cathy.  The special day of recognition was also Roger’s birthday so the entire room sang him happy birthday!

Other leadership awards that were handed out at the 2022 Star Awards Banquet including:

The evening was rounded out with the announcement of the top printed projects for 2022 and for the first time ENPOINTE swept the awards.

To view a list of all the winning companies, visit – www.pimw.org/pim-awards/2022-pim-star-award-winners/. Congratulations to all the companies that submitted their printed projects and nominated their fellow employees. Every year the Star Awards continues to showcase our members astonishing capabilities and accomplished employees.